I can hardly believe the little boy who made me a mommy is FIVE!!! Where has the time gone? This little guy teaches me something everyday and it has been an honor getting to know him the past five years! I can not wait to see what the future holds :) To be his mommy is such a blessing! I know God has Great things planned for you my sweet boy!!! 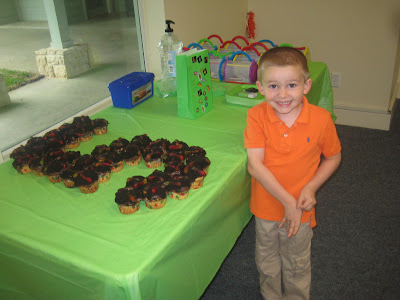 Evan standing next to the cupcakes his sweet grandma and Buzz & I made :) He thought the smashed up oreos looked like dirt and the gummy worms were yummy so it made it worth all the time in the kitchen :) Thank you mom and grandma for you help :) I wouldn't have made them with out you :) 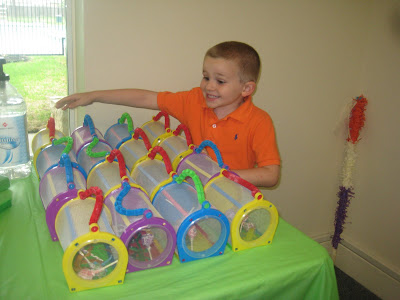 Super excited to see all the bug houses...even if they were the goodie bags :) 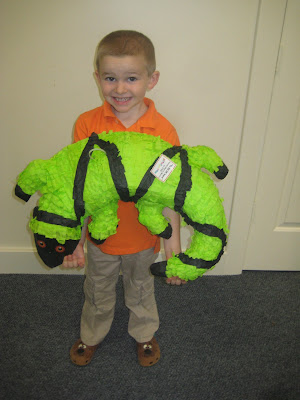 Evan holding the pinata before they all had a chance to hit it :) 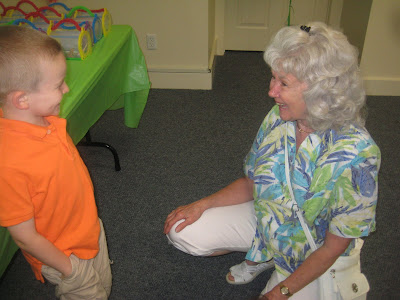 It was a special treat to have Aunt Cheryl come to the party as she lives in South Carolina...they are laughing because she was trying to give him his 5 Birthday spankings :) 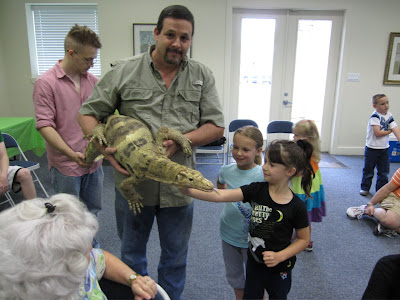 Mr. Eric made it to the party and did not disappoint! Evan LOVES Mr. Eric for all his reptiles at his shop and how fun and exciting he makes learning about them. I think he is super cool because not only is he a super nice guy but you can tell he LOVES his job! 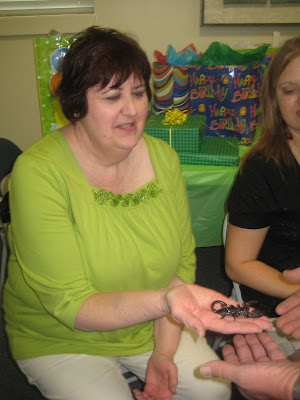 My mom holding the scorpion... 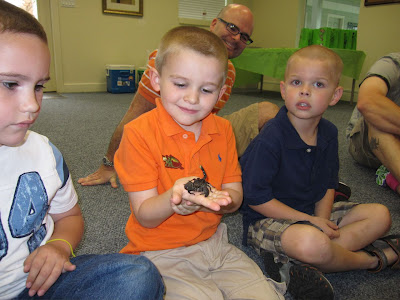 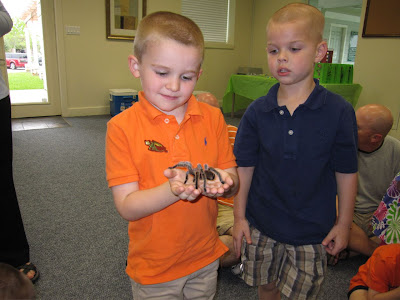 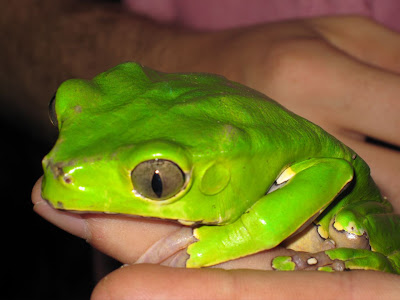 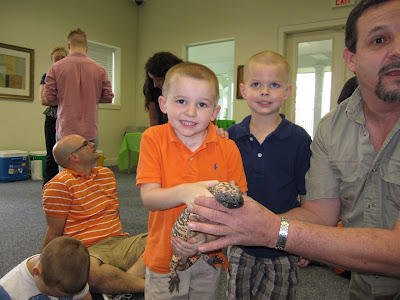 Evan holding a monitor but I forgot what kind...One of the only picts of him actually looking at the camera :) 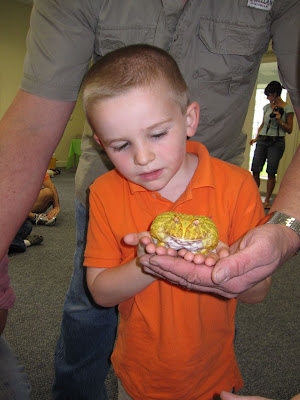 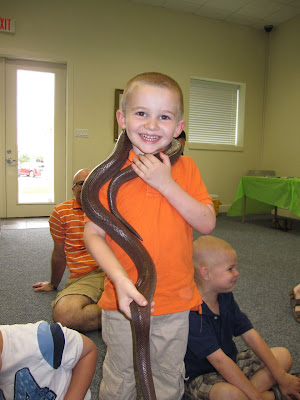 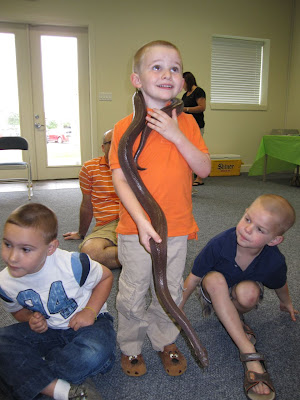 I just included this one to show how long he was :) 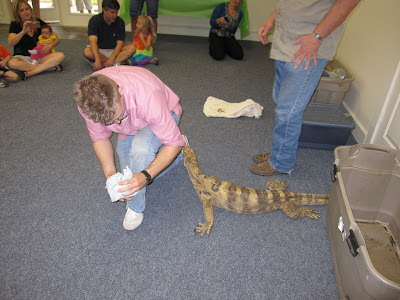 This big guy was happy to get out of his little crate and say hello to everyone :) 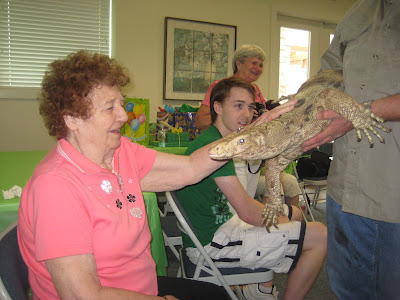 Evan Buzz gave him a pet :) 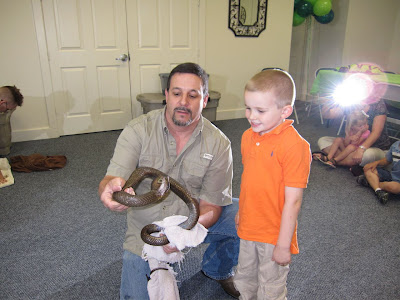 Evan standing with Mr. Eric and the cobra!!! Evan though he has had his venom taken out I was still a bit nervous about this one :) 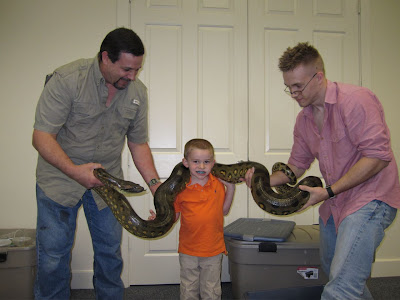 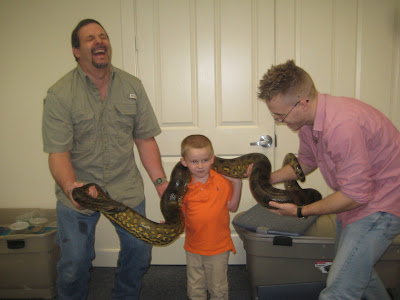 Why is Eric and everyone else laughing for that matter??? See the picture above...did you notice Evan's blue smile :) He just took a handful of M&Ms right before the pict.... sweet :) 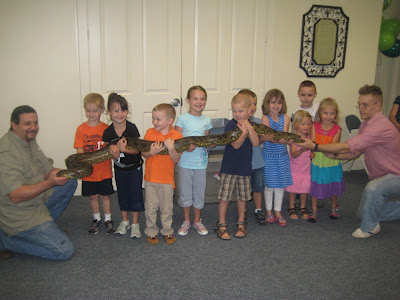 Evan and his friends with the giant anaconda :) 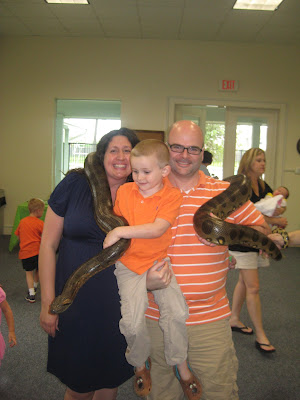 Me and my crazy boys :) Holly cow this is a heavy snake :) 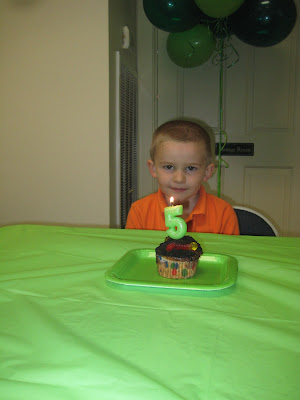 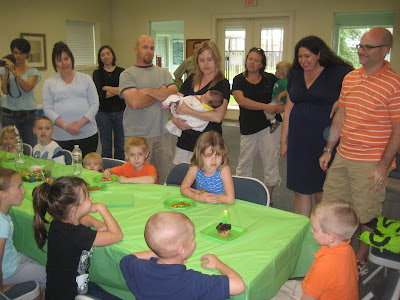 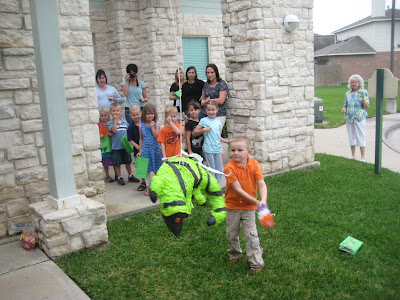 And some pinata fun :)
Thank you for slithering on over to Evan's 5th Birthday party you all made it an extra special one! :)
Posted by Cory at 12:05 AM