So it's Rodeo time here in Houston! Well it has been for the last 2 weeks :) 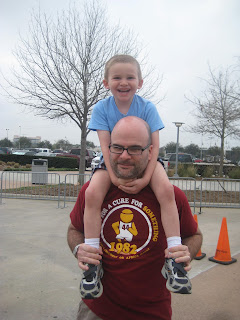 Bryan got tickets to the Rodeos BBQ cook off so we went to that...It's all about eating BBQ :) And the carnival is also open but the cook off starts the rodeo so the animals and such was not there yet. 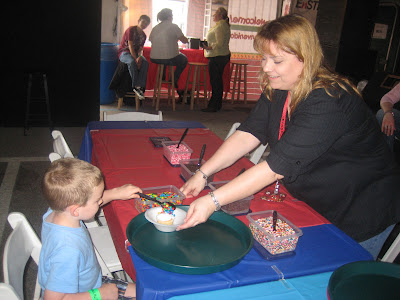 In the tent where we got our BBQ the kids could decorate their own cupcake :) 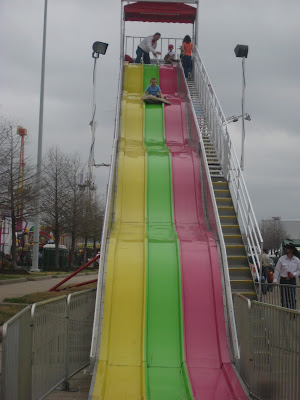 Evan going down on one of the 2 big slides :) 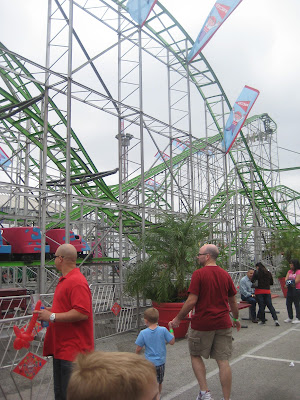 I still can not believe Evan wanted to ride this HUGE roller coaster!!! 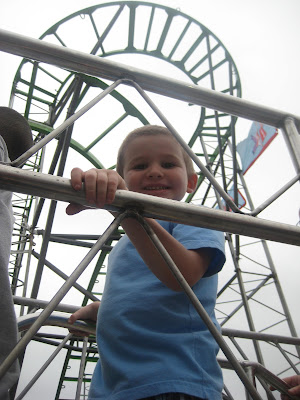 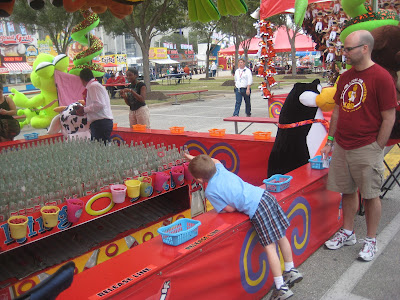 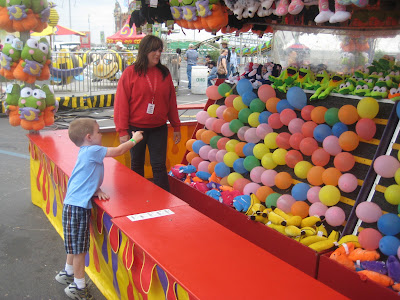 He through darts at balloons...until he won... 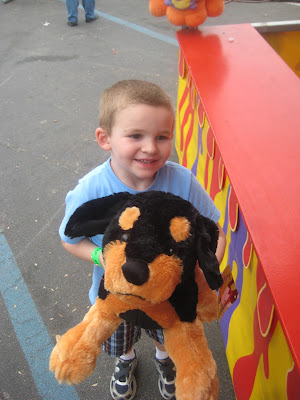 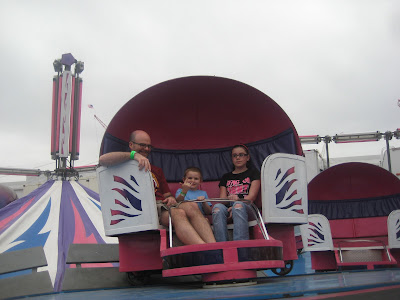 Evan giving me the I love you sign as he waited for the ride to start :) So cute! I love when he just does it out of nowhere :) 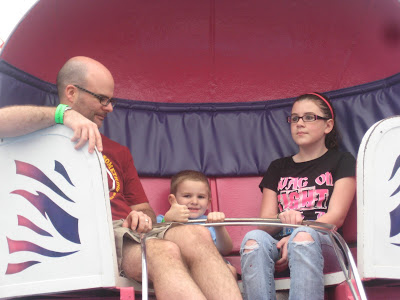 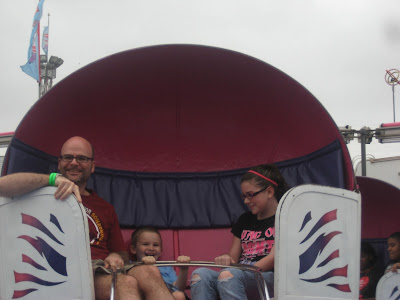 All smiles in the middle of the ride :) 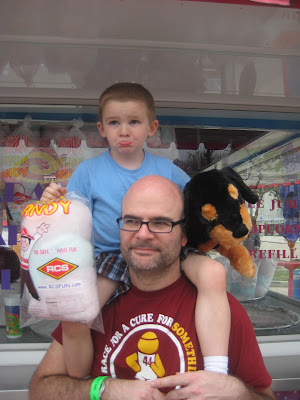 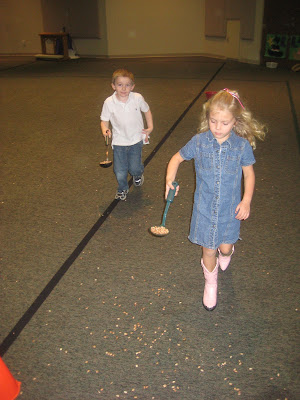 The day did not start off well as he wanted no part of his cowboy clothes...and when I showed up for the festivities it only got worse :( 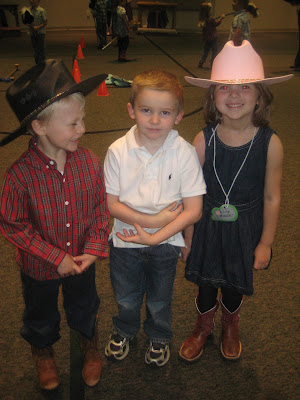 Here he is trying not to smile with his 2 buddies 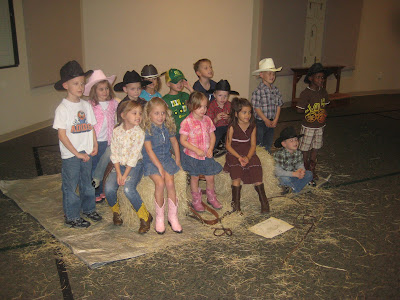 A class picture...what you don't see Evan...he is in the next picture! 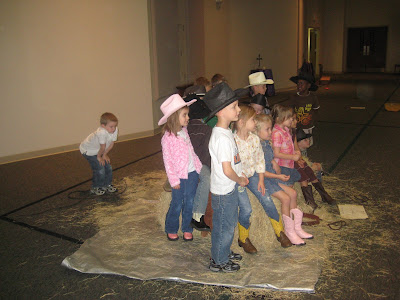 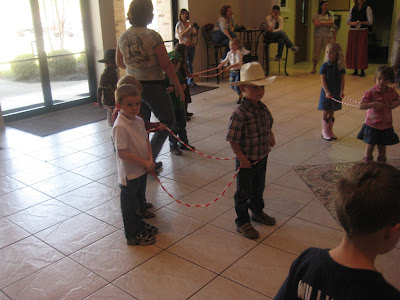 The song and dance part was no better! He was just something else! Holding the rope was about as much as he participated in this rodeo day..............party's over :(
And on Friday (3/18) we went to the Rodeo one last time! To see the animals of course :) 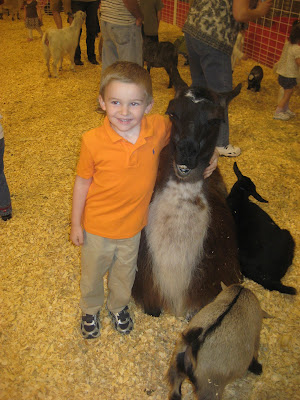 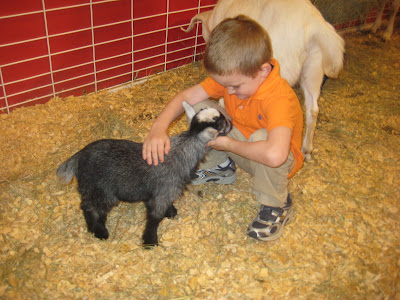 The babies were sooooo cute! 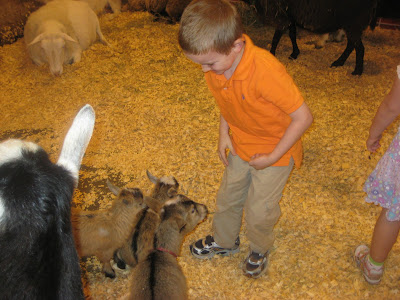 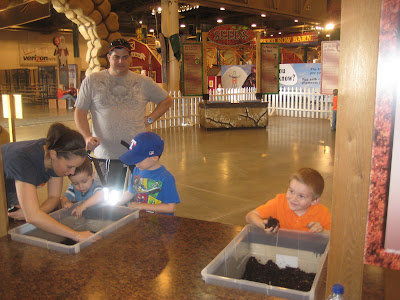 We meet our friends- Kristie, Chuck and their 2 boys :) 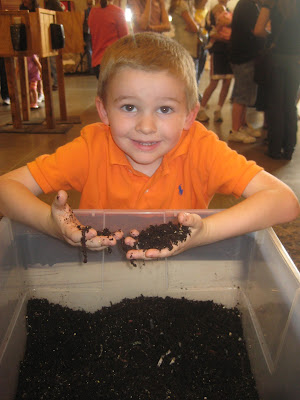 Evan liked digging in the worms so much we had to check it out a second time :) 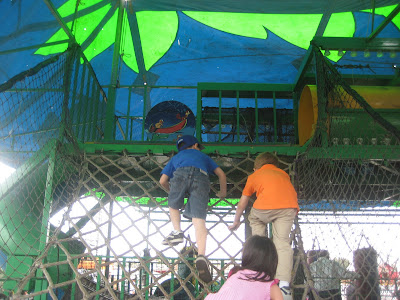 Evan and Devin climbing up a fun house :) The boys had a blast together :)
I have no picts of Evan eating any good food as he was having no part of it... 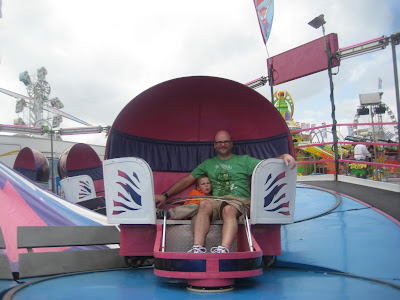 And my love child sticking his tongue out as he now really wants no part of the camera :(  He did however, enjoy the rides, winning another stuffed animal and some more cotton candy :) I also may have enjoyed a super yummy bag of kettle corn...but I'll never tell :) he he he...
Posted by Cory at 11:38 PM