So 21 days ago at Tadpole school the kids incubated chicken eggs!!! 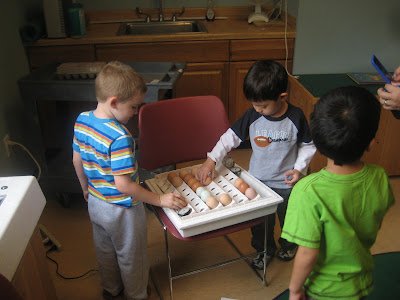 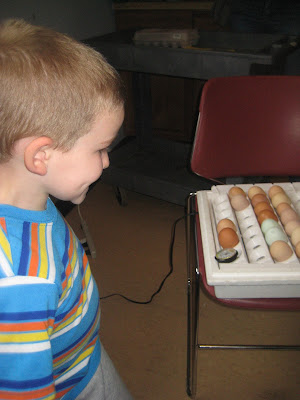 There were different kinds and different colors....we waited and we waited :) 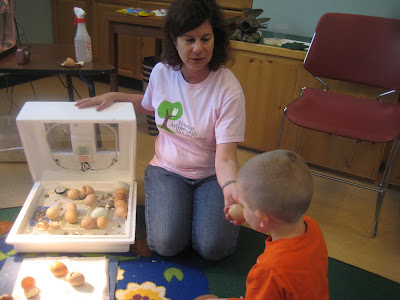 And today...today was hatch day :)
You could hear there tiny cheeping and pecking from inside... 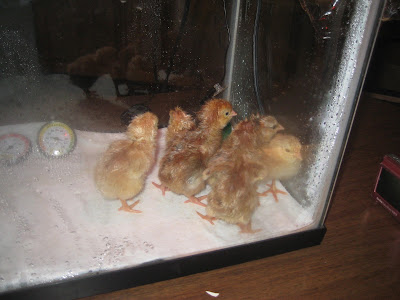 One hatched yesterday at 4pm...Five of them hatched through the night and 2 were hatching while it was class time today with more starting :) 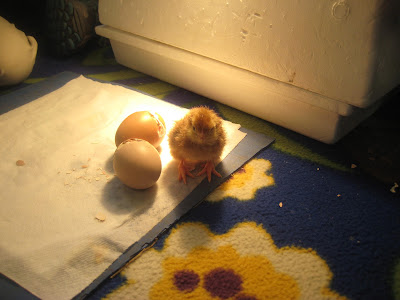 Here are the two trying to hatch and one from last night :) 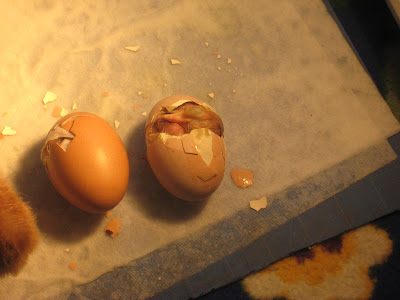 We all cheered this little guy along! It was hard work :) 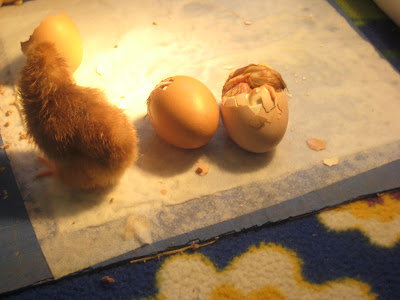 One little toe poking out :) 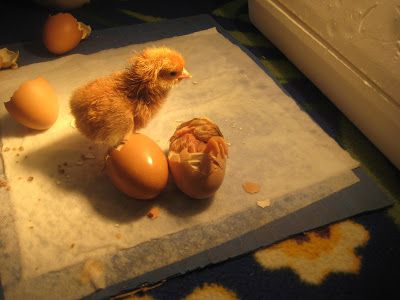 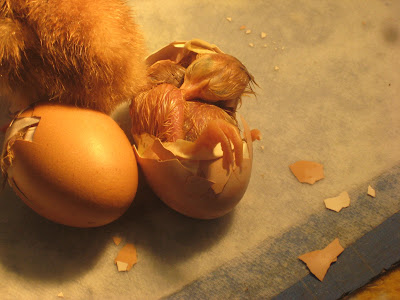 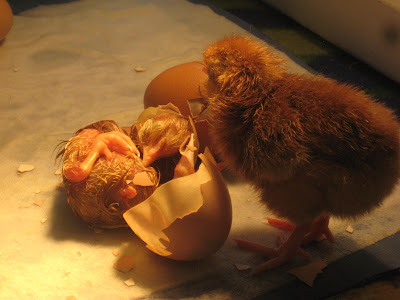 With one more kick he broke free from the yoke sack and was a free little chick :) 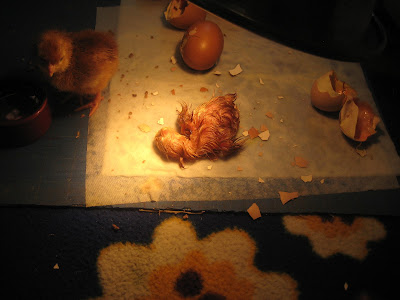 This little guy worked so very hard!!! The miracle of life!!! I so want to take one home next week!
It was so cool to go from incubation to chick :) Evan & I are lovin Tadpole school :)
And since it was such a pretty day we headed out to get some bluebonnet pictures...But it was slim pickings I tell ya! I guess we were a little too early...we will have to try again :) 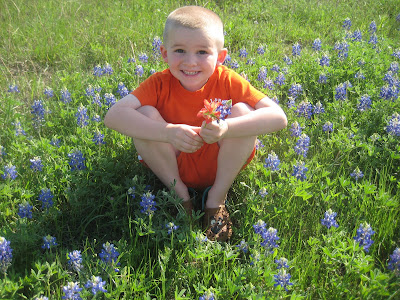 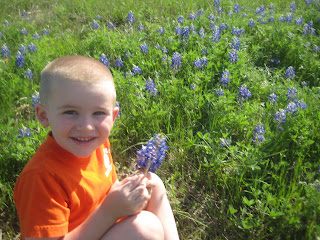 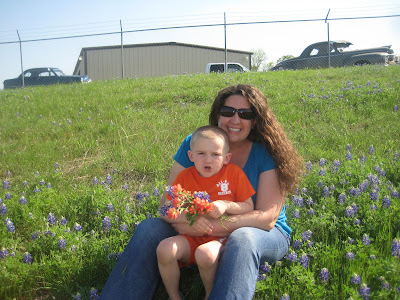 Not the best picture with the cars in the background (that I don't know how to edit) and my sons face but it is us none the less :)
Posted by Cory at 10:24 PM