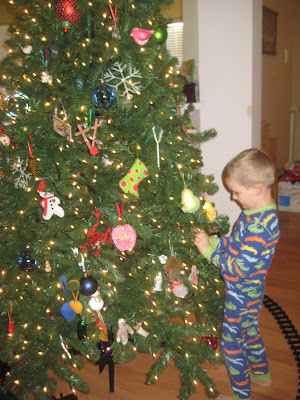 Evan putting an ornament on :) 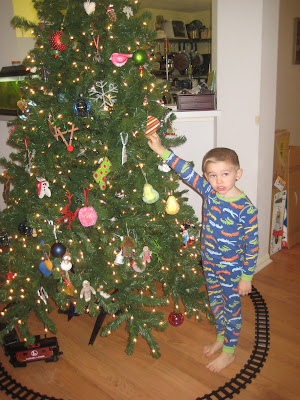 Cheese...This is our first year to have a train around the tree...I still remember my Grandmother always had the white snowy cotton and a huge village with the lights in the houses under her tree...it was sooo pretty :) Maybe when Evan is a little older we could try something like that :) 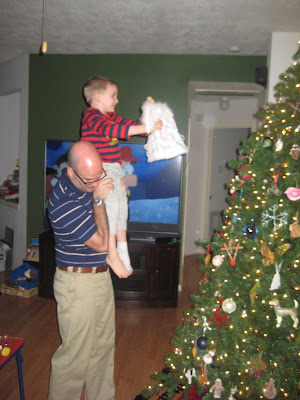 This is also the first year for Evan to put the angel on the tree! He asked if he could put it on and it just melted my heart :) 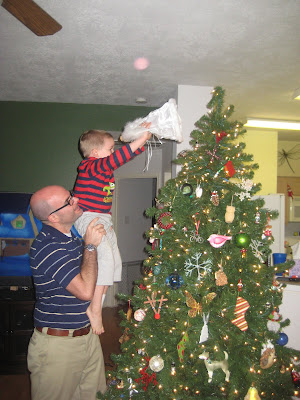 Evan though it took many tries to get the angel on the tree.... 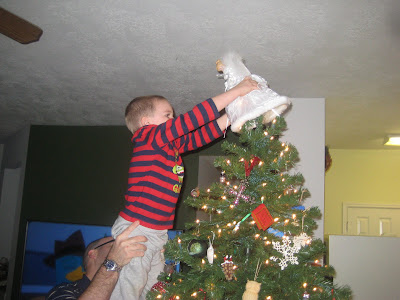 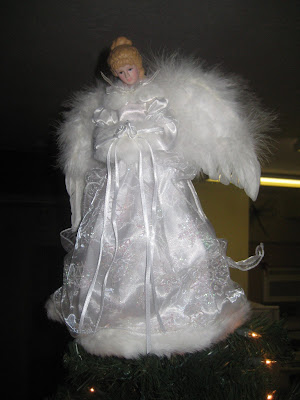 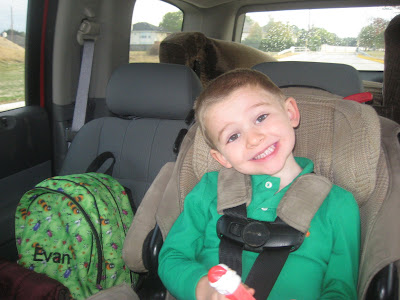 Here we are on our way to school...Evan was practicing his lines for the Christmas pageant :) 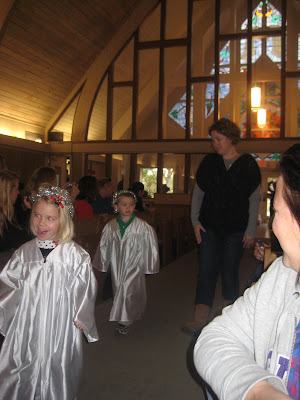 Here is the only shot I was able to get of my angel!!! Right after I took this picture he saw me and came running over to give me a hug :) so sweet...I was a bit nervous about his possible not wanting to participate...but he did great!!! I was so proud of my little angel :) 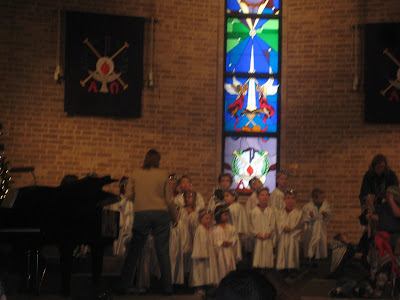 Evan is on the far right...he took his crown/hallo deal off right away...I was pretty far back and my pictures didn't turn out well at all but the pageant was super cute! 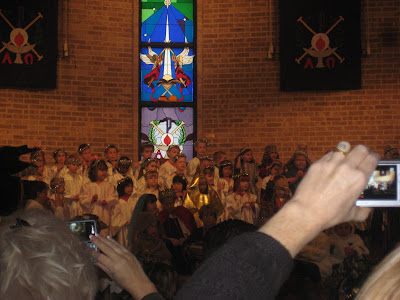 Here are all the kids...Evan is in the back row...being blocked a bit by the girl in front of him :) oh well :) 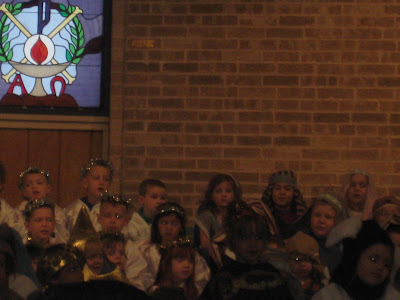 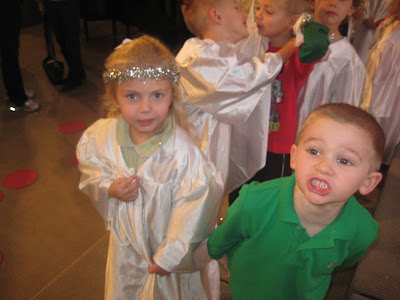 Evan back to being Evan with his angel girl friend Katie :) 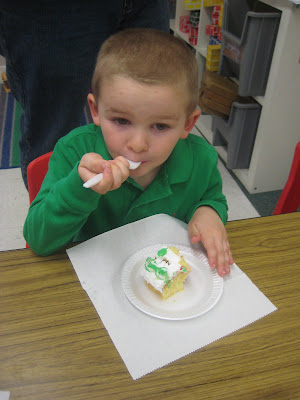 Enjoying some of baby Jesus birthday cake :)
I can hardly believe the Christmas pageant has come and gone...I have gone to it all four years Evan has gone to the school and I can not believe this year he was the one doing it for the younger children...where has the time gone....I mean really...
Posted by Cory at 9:25 PM