Has it really been 10 days since I made a post with Evan!!! Shocking :) he he... So here's what we have been up to :)
Last Thursday evening he had a little fever so I gave him some Motrin and he was off to bed- Friday I did not send him to school because the fever was back...It seemed to be controlled with doing the Tylenol / Motrin mix...He had no other symptoms other than fever...loss of appetite but that was really it- 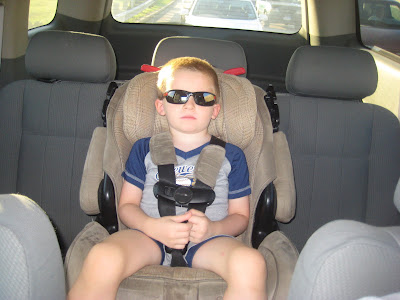 Here we are on our way to Target- I thought he was looking funny with his shades :) 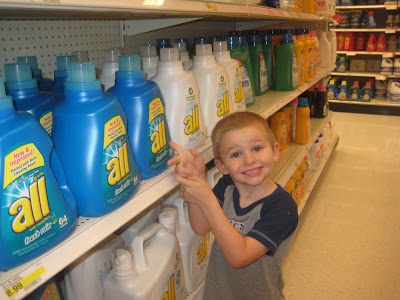 Even though he wasn't feeling 100% I needed to grab a few items from Target. When I was getting the laundry detergent he told me I needed to buy this one (the one he is pointing to) because it takes out stains!!! I nearly feel over...I said- oh ya...how do you know that one takes out stains? And he said because it said so on the commercial :) Ya! I think we have been watching a little to much TV lately :) Funny enough for me to take a picture though :) he he...
Pretty late Friday night he spiked a fever of 104.7 I was like this can not be right so I took it again 104.4 he was shaking and saying he was cold...I tried not to panic... gave him a dose of medicine and laid in bed and prayed over him and put a cool wet wash cloth on his head... The fever broke and he seemed to be fairly normal on Saturday...I was thinking it was just a 24 hour bug...we laid low most of the day but did let him go to his good buddy's 5th Birthday party... 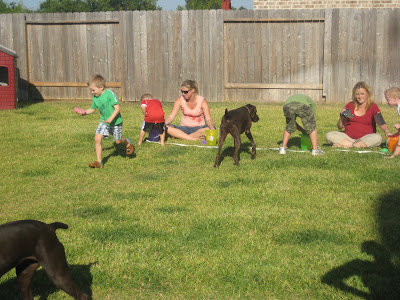 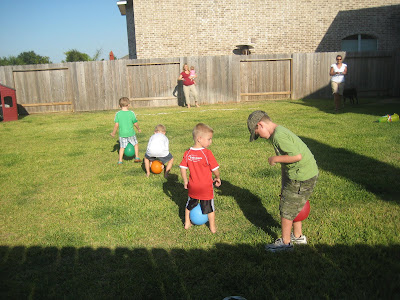 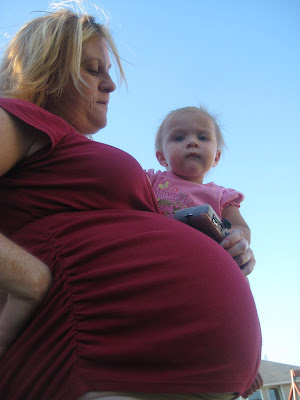 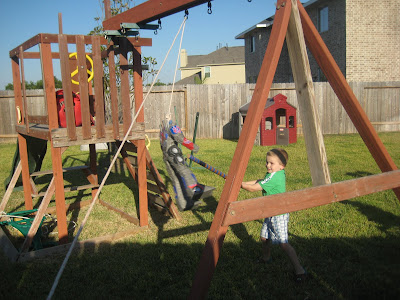 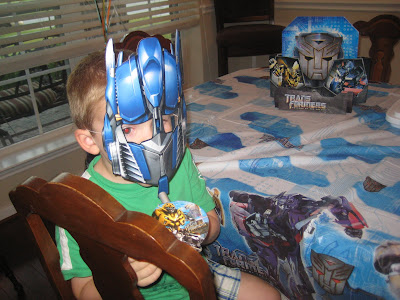 Transformers...more than meets the eye :)
So...Saturday we did some preventive medicine and thought we were on the mends...Then Sunday came: He now had a mild red rash on his face and neck...but managed to get some of the spooky decorations up :) 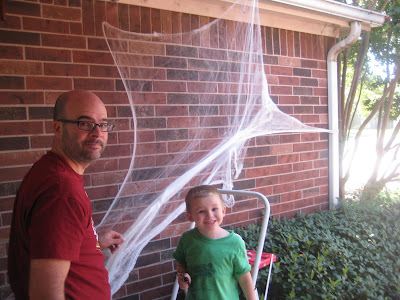 Evan & Daddy working on getting the spider web up :) 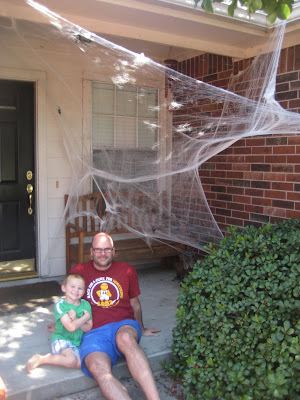 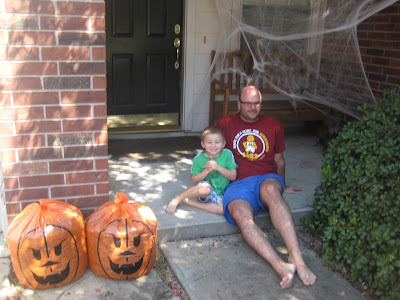 The web & pumpkins :) We also have spooky ghosts in the trees but I have not taken a pict of that yet :)
So that brings us to Monday: I did not send him to school because he sleep late...which I wanted him to get his rest but also the little rash had now moved from his face and neck to his chest, stomach, back and arms! He still had no fever just this weired rash...So I called the pediatrician and got the first appt which was on Tuesday just to see what was going on. 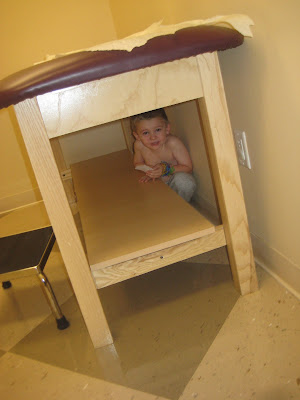 Here is my non-compliant little love child hiding at the pediatricians office!!! 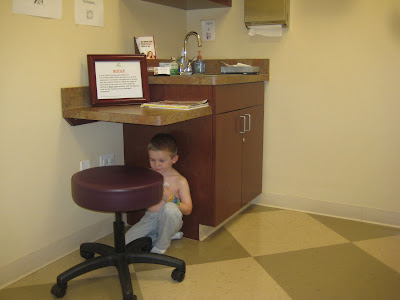 Oh ya...good times!
So her conclusion is he had a virus which is now gone and the rash is just a secondary thing that is not contagious & will just go away... And if it doesn't in a month to come back...hello a month!!! Thank goodness it already seems just about gone :)
Which brings us to tonight...Tonight was Tristan's friend party...I guess I didn't clarify...Saturday was his family party and tonight was his friend party @ Chuck E Cheese :) 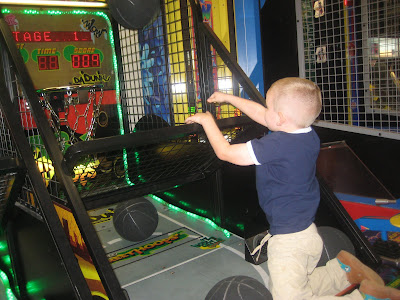 I wasn't going to take that many pictures because hello...how many times have we been to Chuck E Cheese now...But I was shocked! Evan did sooo good :) Like he made the first 4 Basketball shots and... 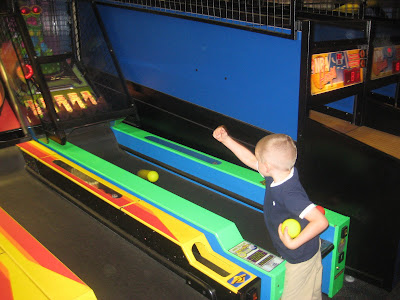 Was whipping that little arm of his & getting the ball where it was suppose to be!!! You know instead of it rolling right back at him :) I was surprised how his skill level has changed :) I didn't post the other shot of him at this game but he just looks soooo tall to me now!!! Would someone please make something to stop all of this growing up that just keeps happening!!! :) 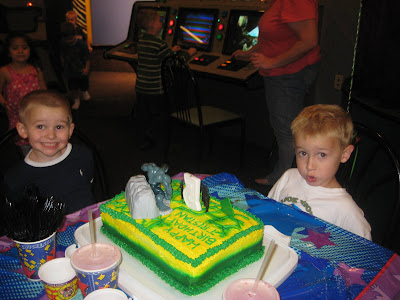 Evan and Tristan waiting for their piece of cake!!!
Happy 5th Birthday buddy!!!
Seriously...where has the time gone...the boys meet when Evan was 6 months old and Tristan just turned a year!!! I guess I will be saying that every year!!! It just feels like yesterday they were baby's...today they are 5 (almost 5) so what tomm. they are going to be teenagers!!! God help us all :) he he...
Posted by Cory at 10:53 PM