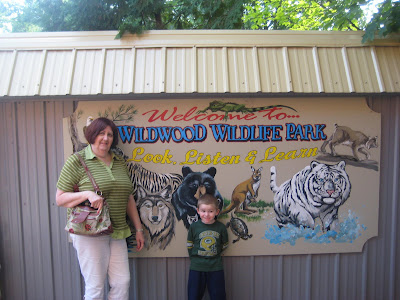 Mom Evan & I went to the Wildwood Wildlife Park :) 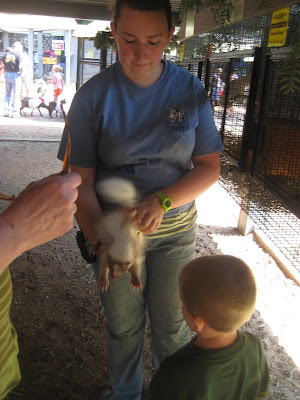 An albino skunk...she said it didn't have its smell anymore...poor little guy! 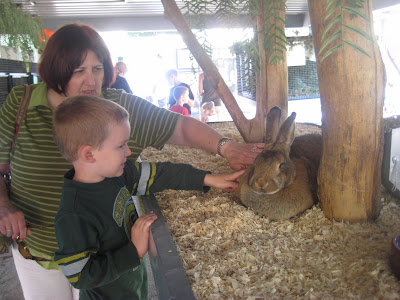 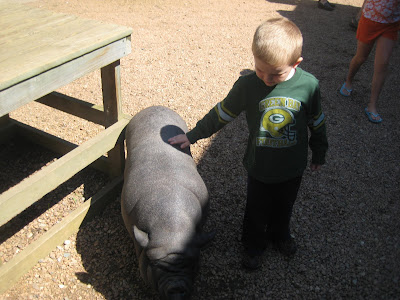 It was really cool in the first little area animals were just walking around that you could pet and or feed :) 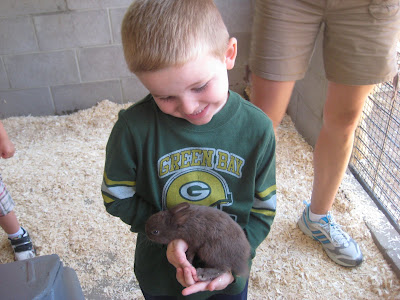 Evan and a cute little bunny :) 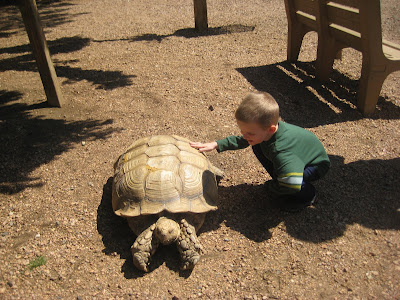 They even had these big-ol tortoises walking around :) 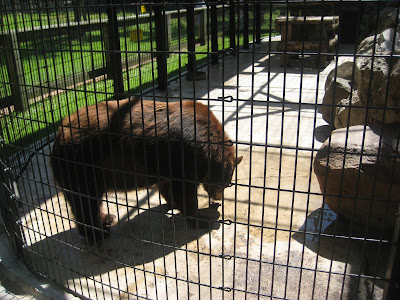 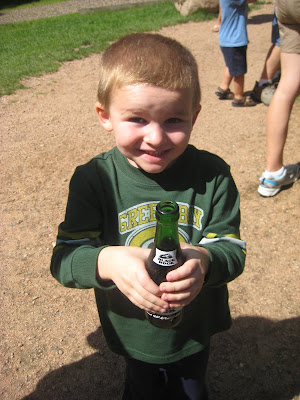 Evan got some Bear juice to feed the bear :) That is really what the machine called it...bear juice! 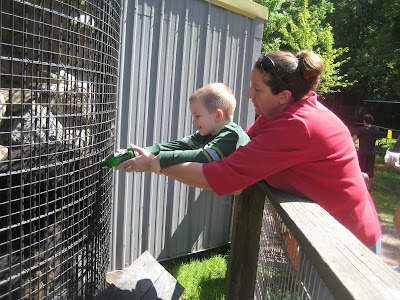 He thought it was pretty cool to give the bear a drink :) There are bear by my dad's cabin- we did not see any but Evan really wanted to see one because he said he was going to ride it :) I guess feeding one some juice was the next best thing :) 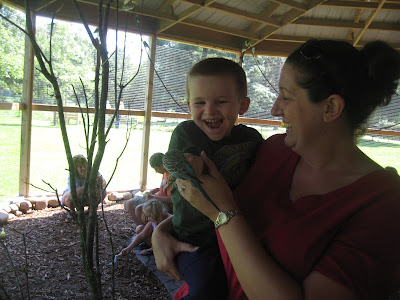 They had a huge bird aviary that you could buy some bird seed on a stick and feed the birds! Evan also thought this was pretty cool :) 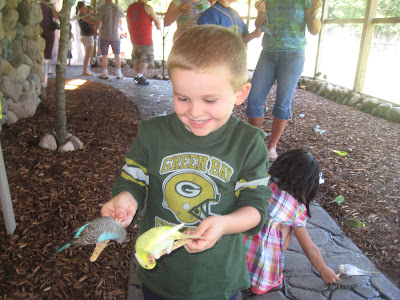 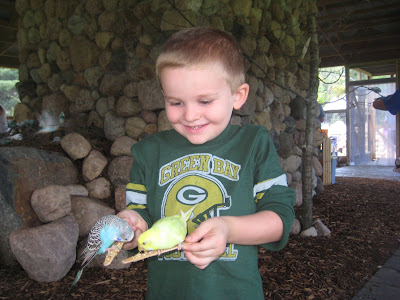 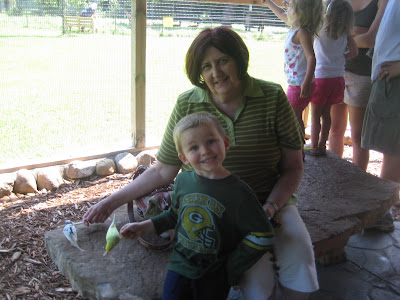 Evan and Grandma feeding the birds :) 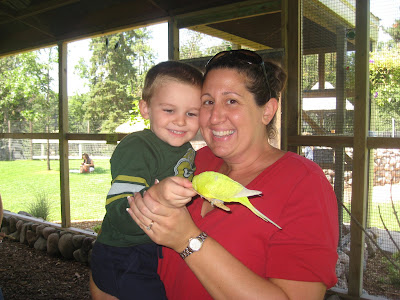 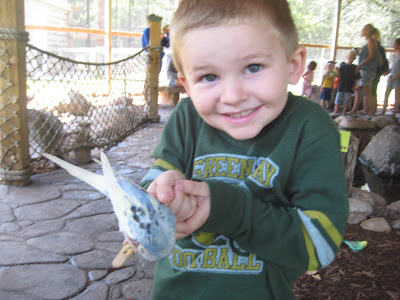 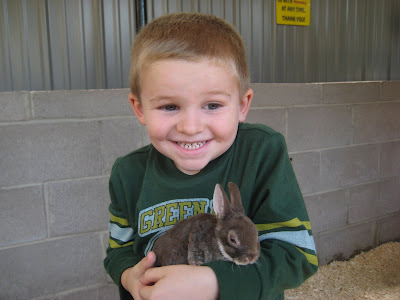 On the way out he wanted to go see the bunny/rabbits again :) 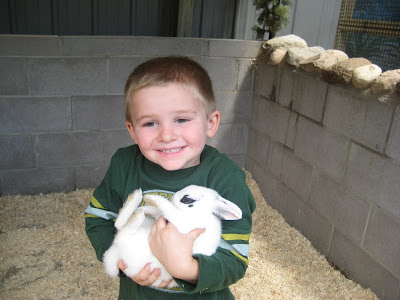 Thank you little girl who can read and read to all the little one's that the rabbits were for sale!!! It took me forever to explain to him that they would not let us on the airplane with one!!! :) 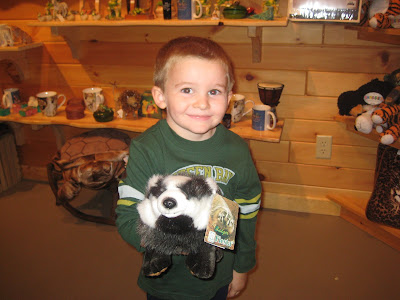 In the gift shop...holding a Wisconsin badger :) 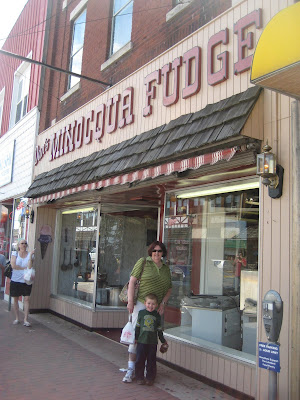 After we left we went a little further into town to get some really yummy fudge :) 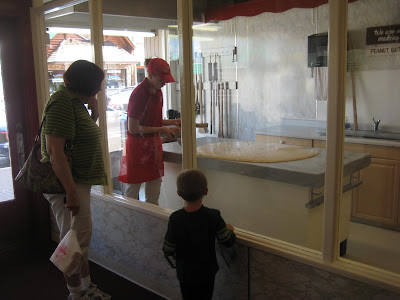