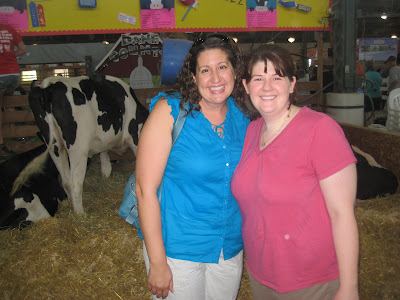 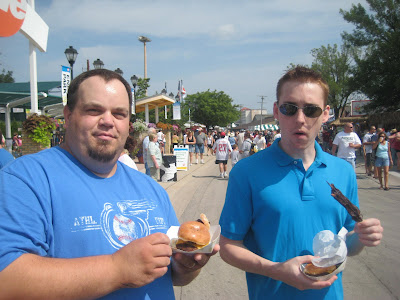 Jud( my sisters husband) and Raymond eating a Krispy Cream hamburger!!! Let me explain...that is meat, cheese, chocolate covered bacon all in between a whole Krispy Cream donut!!! 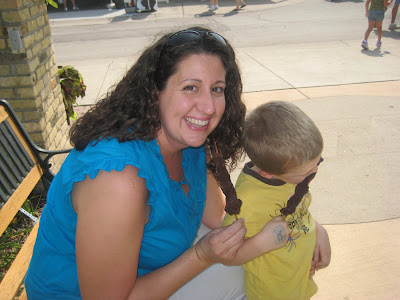 Evan and I trying the chocolate covered bacon...I was not a fan :) 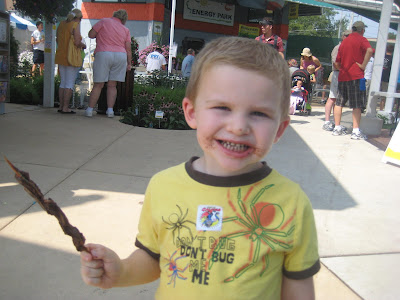 Evan took some back though :) 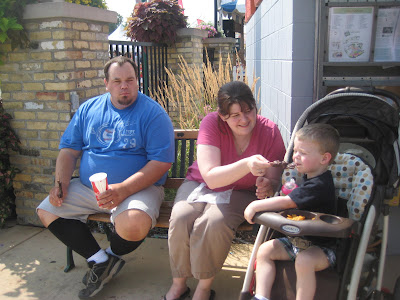 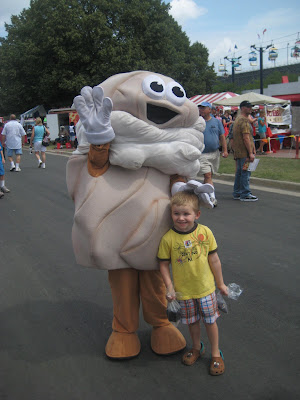 Evan with the cream puff guy :) 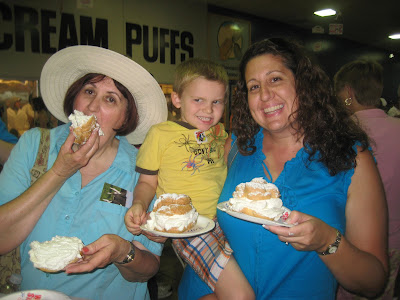 And the whole reason to go to the state fair!!! CREAM PUFFS :) 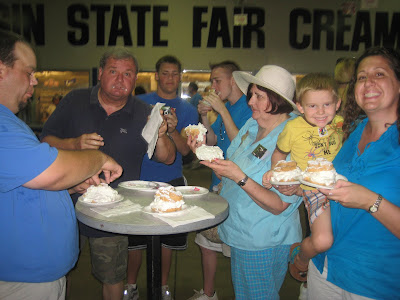 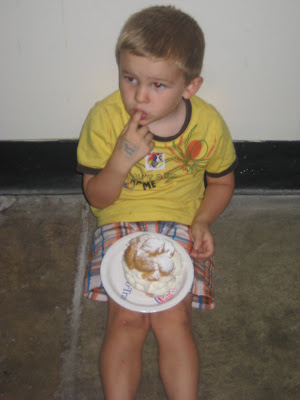 Evan sat on the floor to eat his...bless his heart he so does not like to get messy...he ate some though :) 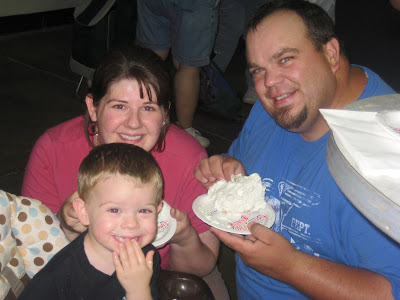 Paula and her adorable little family!!! 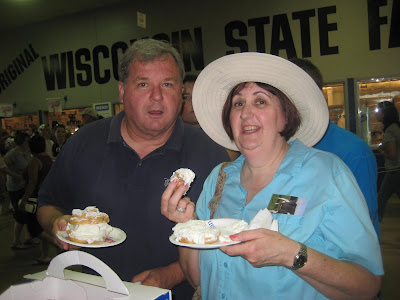 A lovely brother and sister shot :) 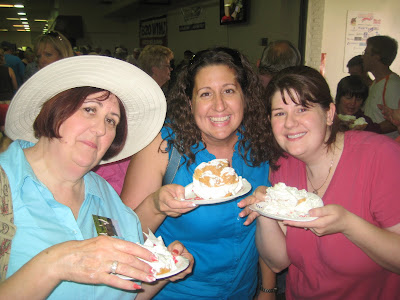 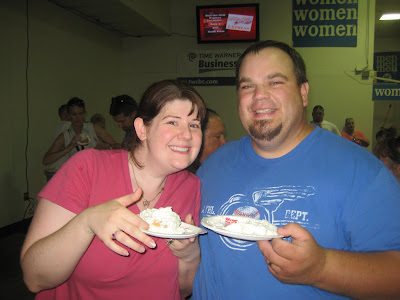 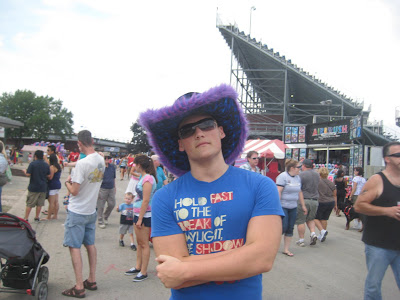 Watch out lady's it's Mr. Pimp daddy himself!!! Richard soooo cracks me up :) 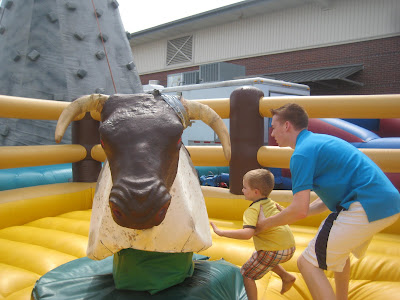 My baby soooo wanted to ride the bull!!! It took a lot of convincing to get me to sign the wavier but I did and he loved it!!! He couldn't even get on by himself...Raymond helped him up :) 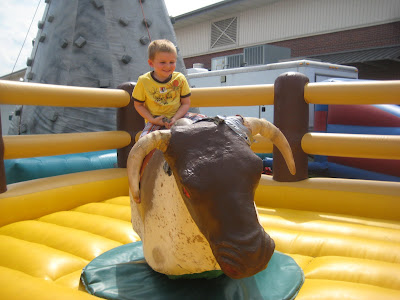 Mommas little cowboy!!!
Please excuse my annoying talking on the video below!!! And I am soooooo mad that I stoped taping!!! I do not know why I stopped it before he fell off but he did great :) They also were playing his favorite song :) The could get 3 chances and he got back on after I taped it but whacked his mouth pretty good the 2nd time he fell so he was done :) 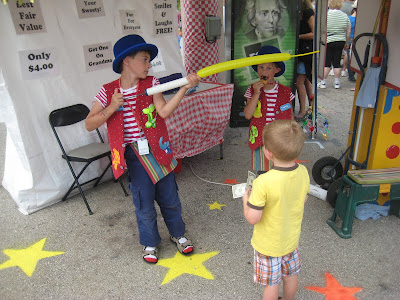 These little clowns were so cute! 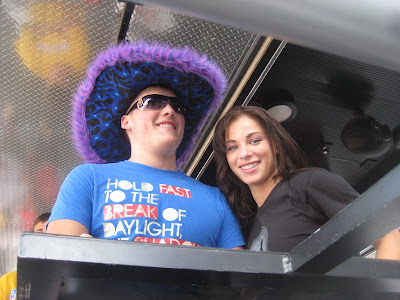 Richard was loving the girl who worked at the Coke-a-cola booth :) Go on with your cool hat :)
Posted by Cory at 5:17 PM