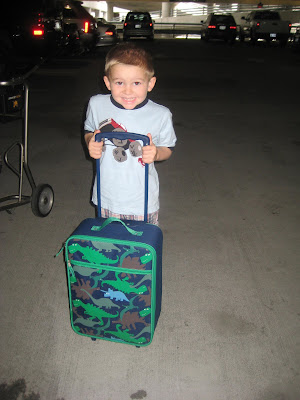 Grandma and Grandpa here I come!!! 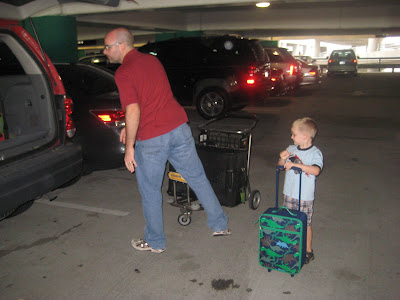 My strong men getting all the bags as I take pictures to document the start of our trip :) 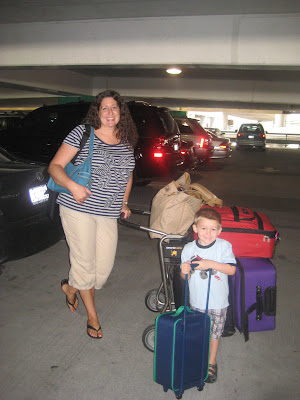 Mommy and Evan ready to go :) 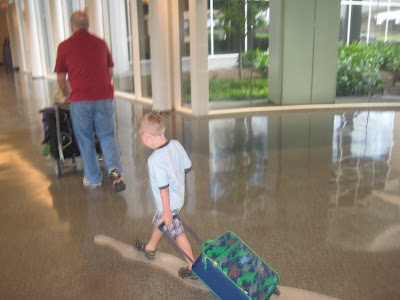 Evan stopped everyone who would listen to show them his suitcase and tell them that he was going to see his Grandma and Grandpa...so cute! 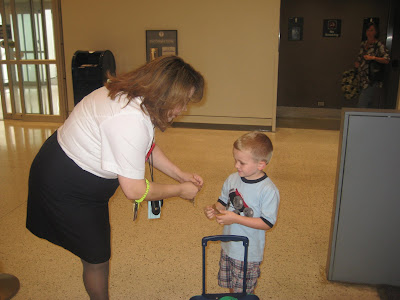 Evan getting his wings :) so sweet! He thought he was pretty cool :) 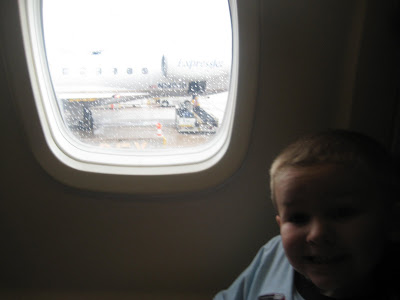 Waiting for take off :) 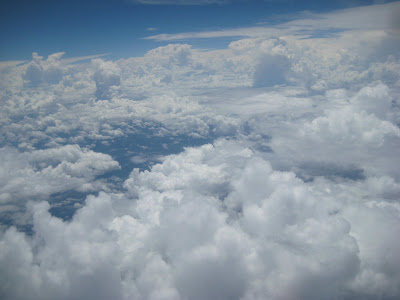 Leaving it in Gods hands :) 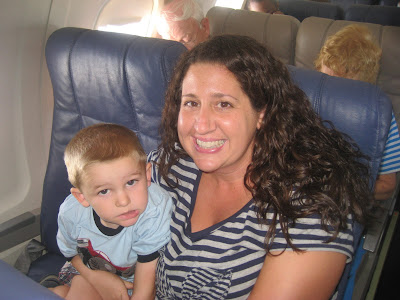 Evan looking thrilled that I wanted a picture :) The flight went really well except for 2 bouts of turbulence and the first one came out of nowhere so I tryed not to freak and told Evan to be quiet as he thought it was cool and very loudly said weee...woo...hoo! The 2nd time it came he just looked at me and said mommy why are your eyes closed...I'm just saying a prayer that it stops soon honey :) 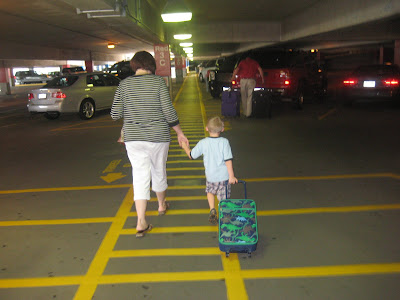 We made it!!! And Grandma and Grandpa were waiting :) 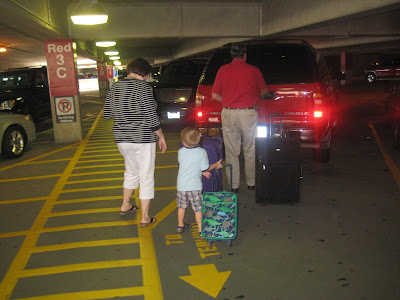 We loaded up and headed to Buzzy's house :) 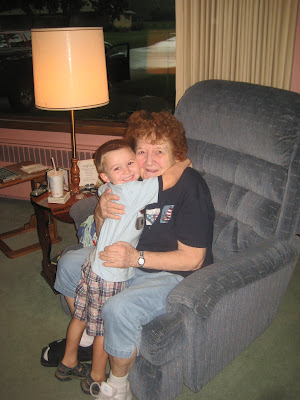 Evan giving his Great Grandma Buzzy a big hug after not seeing her for 11 months! :) 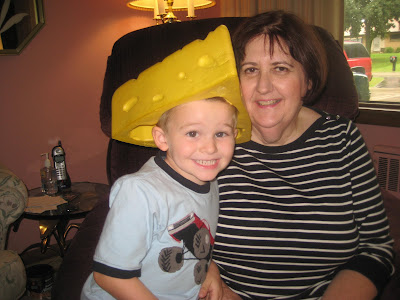 He wasted no time in finding and putting on a cheese hat :) 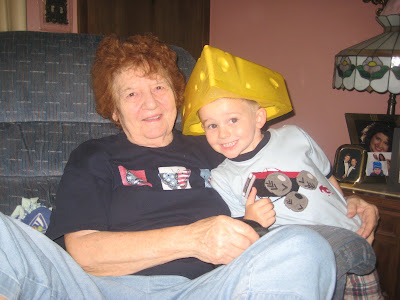