Today was splash day at Evan's pre-school . He had a ball :) 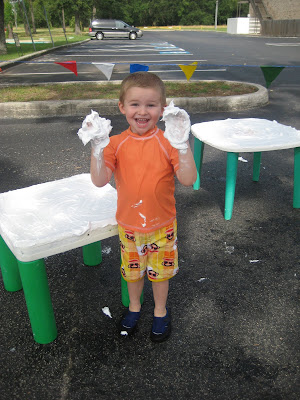 There was shaving cream on some tables :) 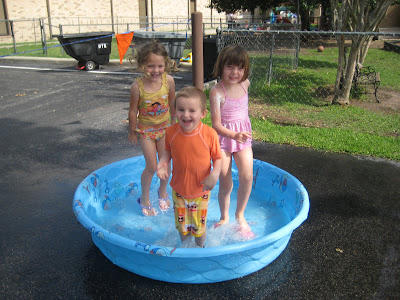 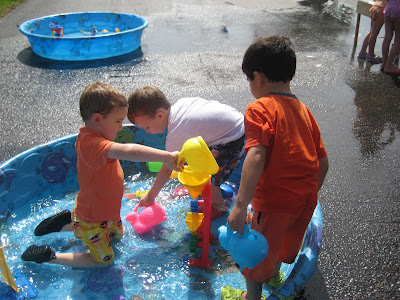 Evan and his buddy's all filling up a water toy 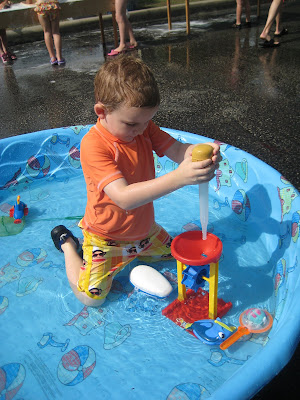 Evan doing a water toy with a baster :) 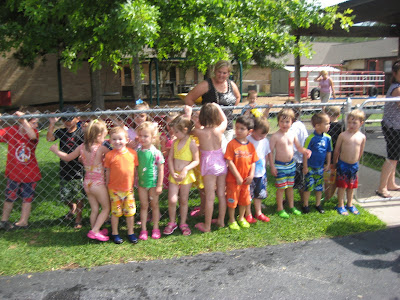 Just about all the kids in line to go to the next station :) 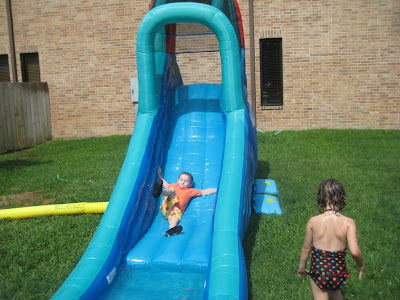 Woo hoo...Evan and all the kids loved the water slide :) 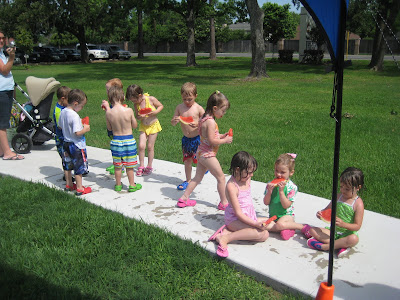 Here is most of his class enjoying some watermelon slices...don't look for Evan though he is below :) 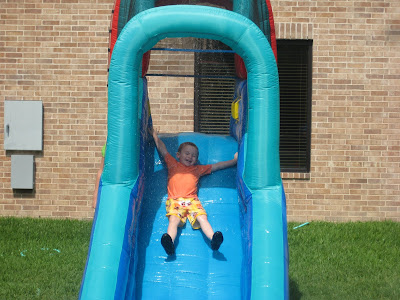 SLIDING :) He was all kind of excited when they all went to eat watermelon...it just meant no line for the slide...yea ha :) 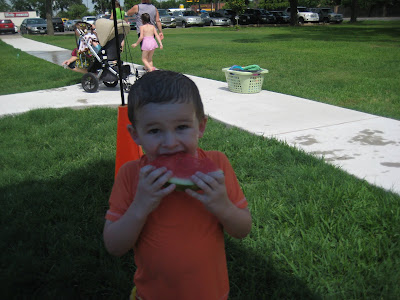 He did get some watermelon too :)
It was a nice day! I was glad he got to enjoy splash day as he had to miss art day due to being sick :( I can hardly believe school is about to be over and then he just has one more year before Kindergarten :( I don't even want to think about that :) 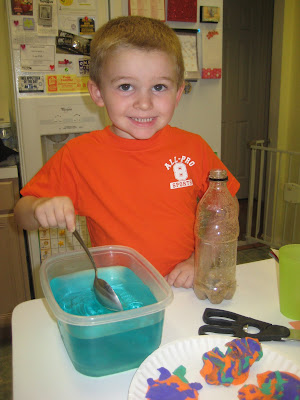 When we got home from school my mad scientist and I did some cool projects :) He so loves doing any kind of art or science stuff :) 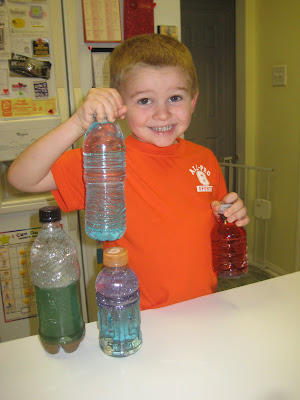