So we were able to spend some time with Evan's friend Tristan today :) We haven't seen each other in awhile so it was nice to reconnect :) I guess I should re prase that...Evan and Tristan enjoyed playing and Valery and I enjoyed catching up :) But these two little boys were defiantly being boys today! They built with the lincoln logs on the table then put little army men on what they built and then used the Nerf guns to shoot them down! Ya, I didn't think we would be doing this kind of play already but it was all safe and they were having a blast! I guess I just thought army men and shooting at army men would come a little later... but the boys were defiantly into it :) 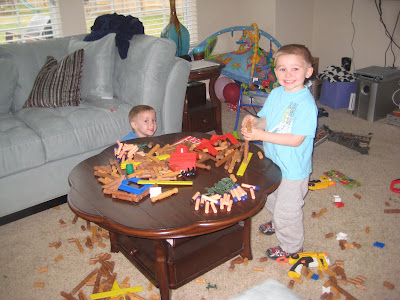 The army men and ammo have been divided let the building begin... 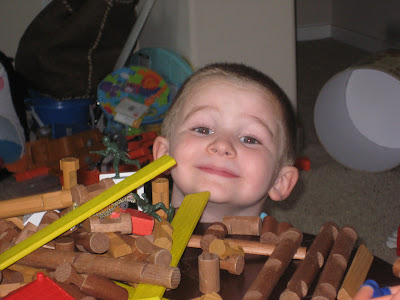 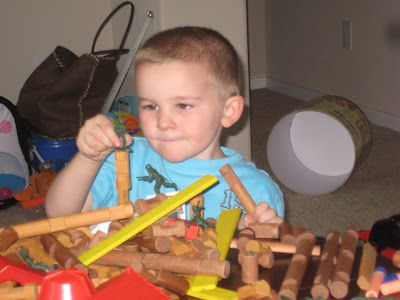 Standing up his men... 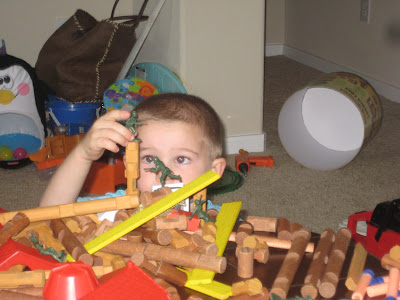 I guess they have to be just right before you shoot them down :) he he 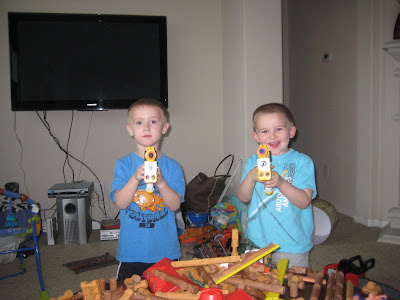 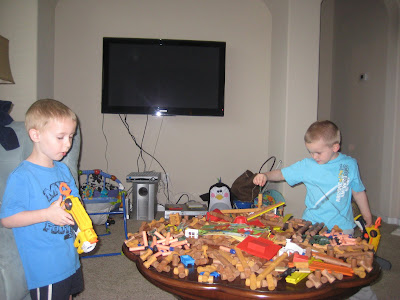 Evan standing one of his men back up after shooting him down :)
Posted by Cory at 11:02 PM