Yes....it was freezing cold today! And yes we did go swimming :) 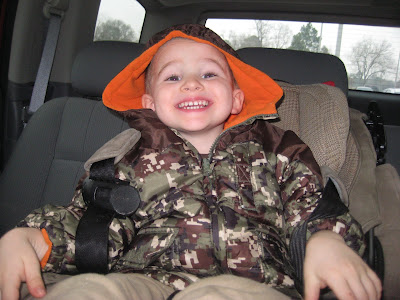 Evan all bundled up before going in :) 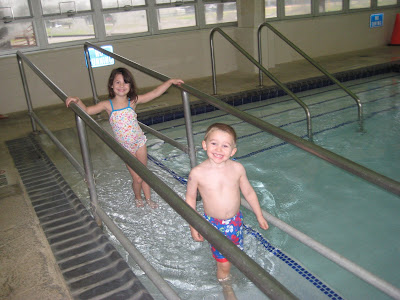 Evan & his cousin Kira headed in 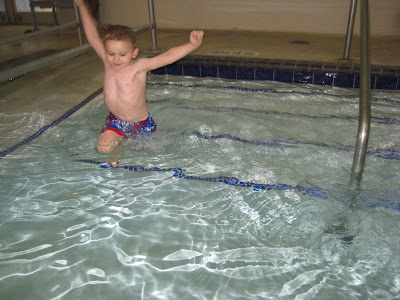 Now this is more Evan's style of getting into a pool :) 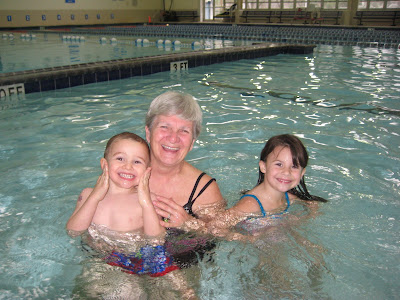 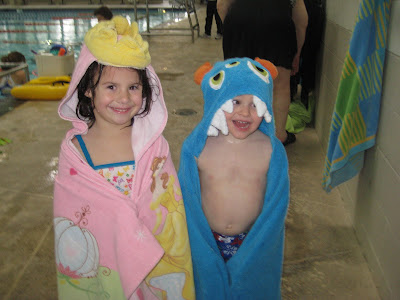 I brought him a bath towel instead of a beach towel to cover his head :) 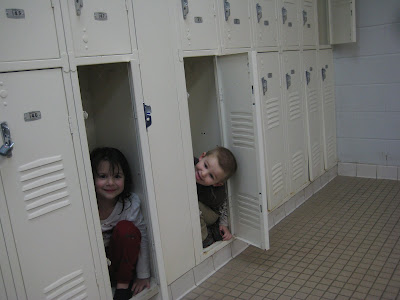 The kiddos playing in the lockers while GG took a shower...
Two other things: Today marks a week since my dear friend Brittany has moved to OK :( A post is to come...but Evan and I miss them greatly and it feels like they have been gone longer than a week :( AND last but not least....you didn't think I would forget did ya'll? Today is February 1st!!! Do you know what that means??? That's right my favorite holiday is just 13 days away!!! I so LOVE Valentines Day!!! :) Woo Hoo...
Posted by Cory at 12:01 AM