Evan had a play date scheduled with his girlfriend this afternoon :) But when Bryan surprised us with a day off we decided to take Evan to see his first movie in a theater! Katie( his love...he he) was going to see a different movie this morning so since we were going to be at the same theater we decided to move the play date to an after movie lunch and build a bear date! It was so fun :) We saw Alvin and the chipmunks the squeakquel. It was so cool to see how excited he was...he said "that's the biggest screen I have ever seen!"Oh how I love that little boy!!! 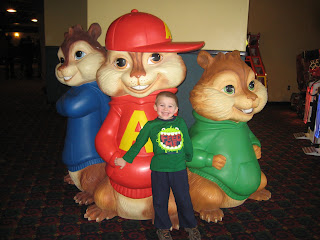 Evan with the chick- munks as he calls them :) We think cousin Theodore is The-adorable too :) 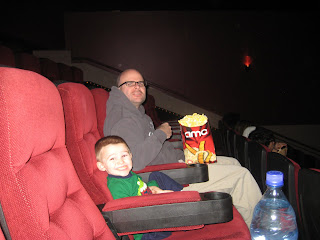 Bryan yelling at me to not take a picture as the previews have started-sorry folks it is his first movie :) 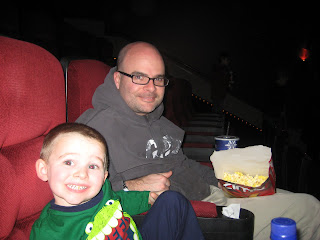 That was some good popcorn and a great movie! 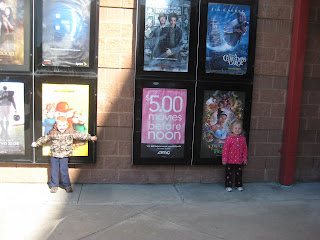 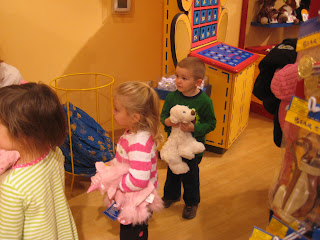 It was Katie's first time at Build-a-bear...Evan however is a pro :) Katie picked a pink unicorn and Evan picked a white polar bear. 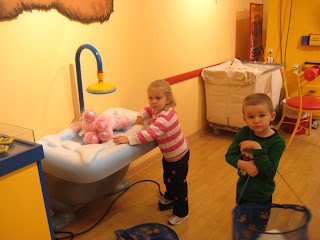 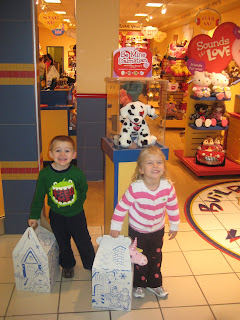